Home > IN THE MOOD! Swingin’ With The Big Bands

IN THE MOOD! Swingin’ With The Big Bands 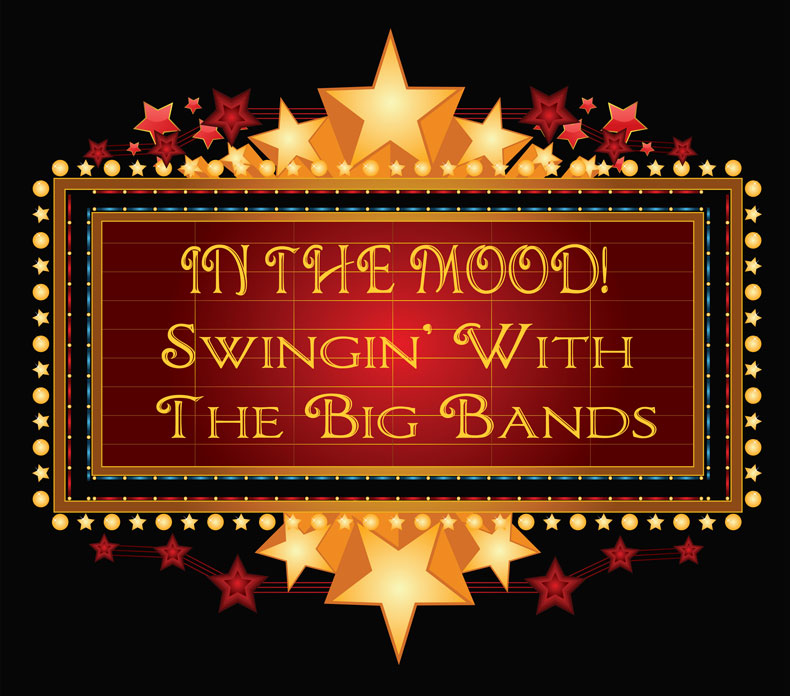 Swingin' With The Big Bands

Hey all you hep-cats and rug cutters!   I want you to join me at The Loft for IN THE MOOD, Swingin' With The Big Bands. We're gonna Shim-Sham Shimmy, Suzie Q,  and Shorty George thru the Hubba-Hubba heyday of the Big Band Era.  We're gonna hit the floor lightly, slightly and politely and stomp to the Hi-De-Ho beat of American Swing. 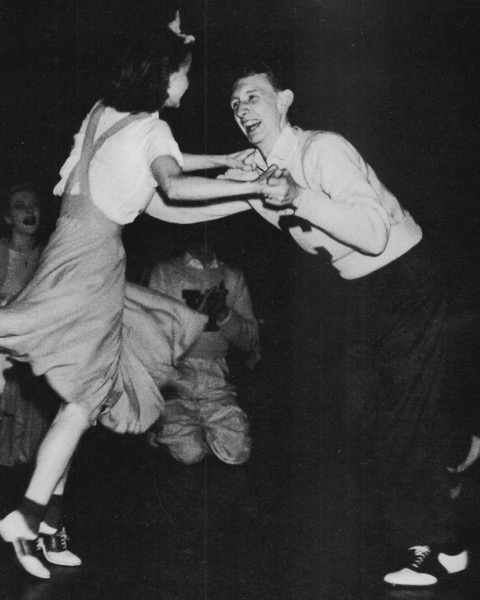 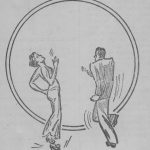 On August 21, 1935 Benny Goodman and his band opened at the Palomar Ballroom in Los Angeles after a poorly received coast to coast tour.  When Goodman and the Band arrived at the Palomar, they found a line of anxious Bobby-soxers waiting to get into the ballroom that stretched around the block.  That night, Goodman played it safe, playing standard pop tunes.  The response was lukewarm so Goodman went for broke and ripped into one his is killer-dillers, King Porter Stomp.  The audience went wild and mobbed the bandstand, screaming for hotter numbers.  Night after night the crowds continued to grow, breaking all attendance records.  The Big Band Era was officially born. 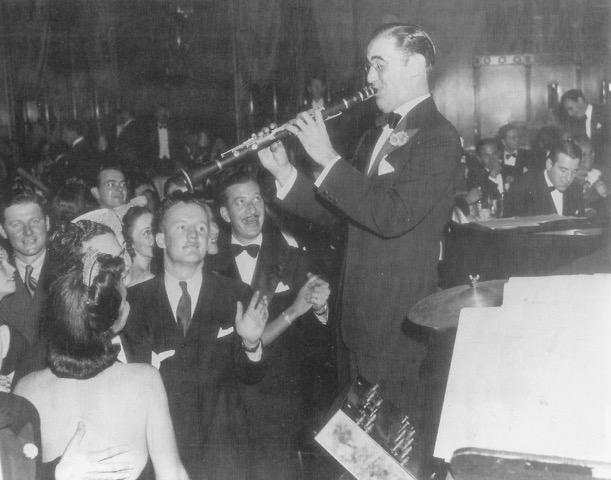 Two years later, Benny Goodman (now The King of Swing) played New York's Paramount Theatre.  On opening day, traffic in Times Square ground to a halt as hundreds of teenagers danced in the street.  After the feature film, Benny Goodman and his band rose from the orchestra pit playing Let's Dance to the thunderous applause, cheers and whistles of the sold-out house.  And when the band swung into Bugle Call Rag, the audience exploded, rushed the bandstand and jitterbugged in the aisles.  Twenty-one thousand fans saw the first day's five shows! 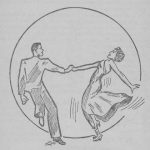 IN THE MOOD! Is a trip down musical memory lane when Americans hit the dance floor and Lindy Hopped to the Big Band sounds of Glenn Miller, Artie Shaw, Jimmy Dorsey, Duke Ellington, Harry James, Chick Webb, Xavier Cugat and Cab Calloway.  For the price of admission, you could “Swing and Sway to Sammy Kaye” or attend Kay Kyser's Kollege of Musical Knowledge or take a Sentimental Journey with Les Brown and his Band of Renown.  You could even enjoy Cocktails For Two with Spike Jones and his City Slickers.  There were Hot Bands and Sweet Bands - something for every musical taste. 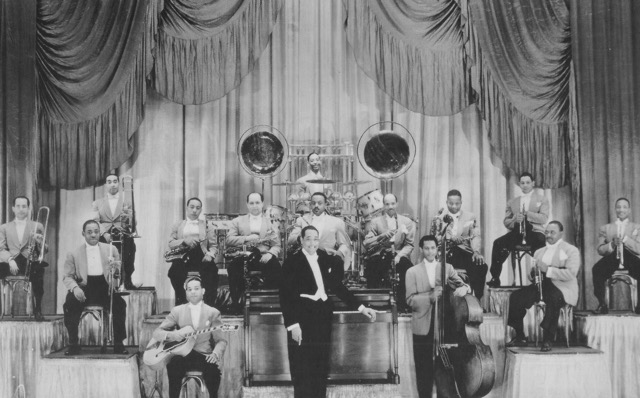 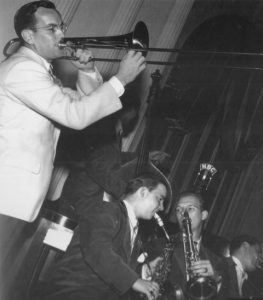 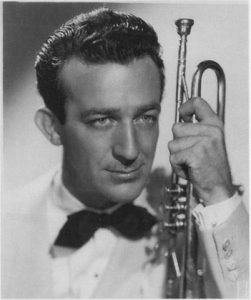 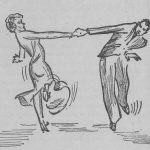 The Big Bands took America thru the Great Depression and World War II.  Every town, small or large had a dance pavilion or ballroom.  Everyone was dancing - with each other!  You could go to the Manhattan Room at the Hotel Pennsylvania and swing with Jimmy Dorsey.  You could cut a rug at the Savoy with Chick Webb or catch Duke Ellington at the Cotton Club.  You could stand in front of the bandstand and hear Artie Shaw or Bob Crosby or Guy Lombardo play the songs you heard on juke boxes or records or on the radio.

To hear a band in person added up to a real thrill as Americans coped with a world gone mad.  “They lifted you high in the air with them, filling you with an exhilarated sense of friendly well-being;  you joined then, emotionally and musically, as partners in one of the happiest, most thrilling rapports ever established between the givers and takers of music.” 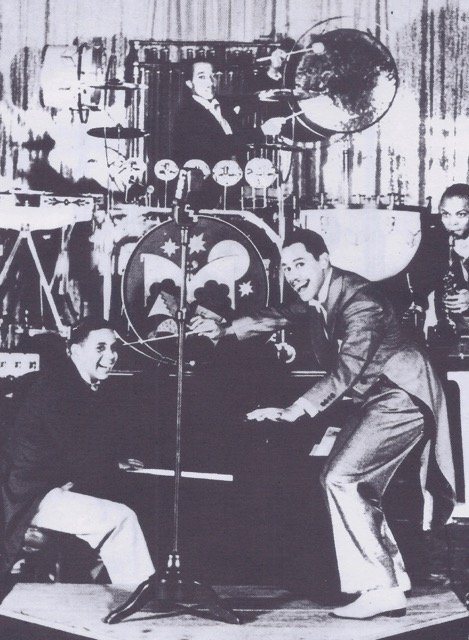 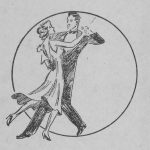 Join me at The Loft and truck on down to Tuxedo Junction and enjoy the swingin' sounds of the unforgettable Big Band singers:
Ella Fitzgerald and A-Tisket, A-Tasket,  Tex Beneke's I've Got A Gal In Kalamazoo and Chattanooga Choo-Choo, Doris Day's Sentimental Journey, Bob Eberley and Helen O'Connell's Tangerine or Frank Sinatra and The Pied Pipers' I'll Never Smile Again. How about Peggy Lee's Why Don't You Do Right? or I'll Get By with Dick Haymes and Harry James? 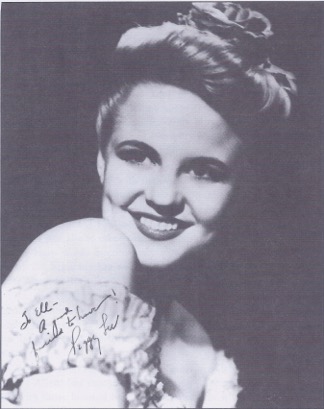 As Cab Calloway would say, IN THE MOOD will be a July-Jam-Jive where we'll be singin' and swingin' to the solid stomp of the Great American Song Book of the 1930s and 40s.  Be there or be square!  We're gonna break it up!

IN THE MOOD! Swingin’ With The Big Bands