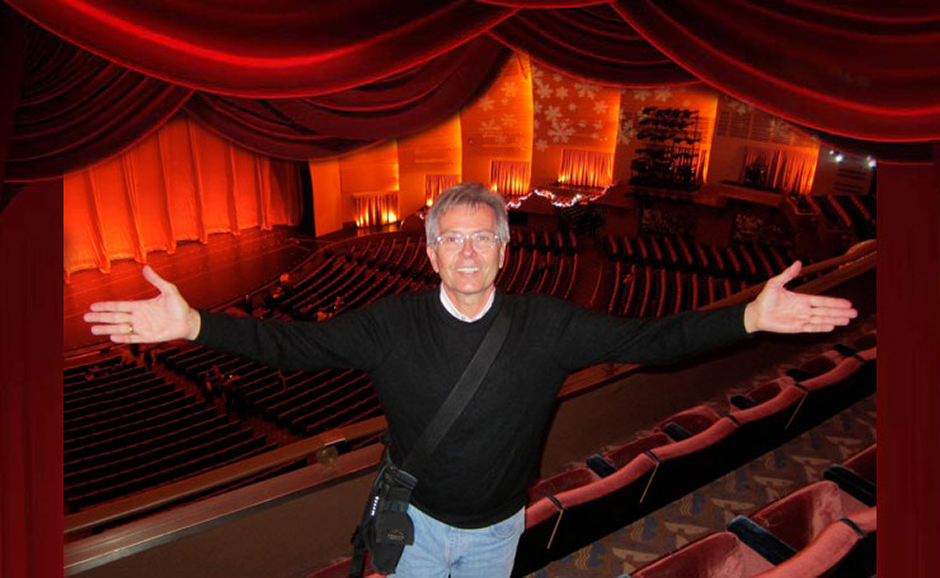 THE LULLABY OF BROADWAY


Welcome to Richard Hanson’s world of Musical Theatre which celebrates America’s unique cultural gift to the world. University of Arizona Professor Emeritus Richard Hanson invites you to join him in this musical comedy adventureland where you can go backstage and behind the curtain and explore every aspect of the American Musical Theatre and the Great American Songbook.


"I was sixteen years old when I was cast in my first musical. The show was Jule Styne’s High Button Shoes and it changed my life. I will never forget opening night: standing in the dim light with the rest of the cast, waiting for the curtain to go up and listening to that wonderful overture. I was overwhelmed! I had never experienced anything as scary and wonderful, and from that moment on, I knew I wanted to spend the rest of my life in the theatre. The musical comedy bug bit me and I’m still infected! For the last 50 years, I’ve had the great pleasure of being a part of the American Musical Theatre as an actor, director and choreographer, and educator. For 26 years, I was a member of the faculty of the School of Theatre Film & Television at the University of Arizona. There, I created the BFA Musical Theatre Program and headed the Acting/Musical Theatre Division. Now, I’m a Professor Emeritus; but truth be told, I’m still a Musical Comedy kid at heart.


Welcome to my celebration of the American Musical Theatre and The Great American Songbook. It’s show tune heaven! I’m still that kid who gets chills hearing a overture, waiting for that curtain to go up. If you love musical theatre as much as I do, please join me. It’s All singing! All dancing! I promise you’ll leave with a song in your heart!"